The COVID-19 crisis has been challenging for many instructors in biological anthropology. Our courses introduce students to the human skeleton, the anatomical diversity of non-human primates, and the fossil record of human evolution. In our teaching labs, students encounter real objects: human and non-human primate skeletal material and casts of fossils. Many students learn better from seeing and touching these objects than they can learn from lectures or reading. So being out of the lab is tough.

I've been teaching online since 2013. Until now I've never found a very satisfying way to present laboratory materials in a virtual 3D setting. Biological anthropology is a comparative science, and that means students need to be able to compare materials with each other. There are some great online resources with 3D data. But using 3D models usually requires students to download and learn special software, and none of these software packages make it easy to set up comparisons that show multiple objects in the same orientation and scale.

Once the crisis began, I started working to find a way to overcome the challenges of virtual labs. I found a solution based on WebGL and Javascript, which will work in most browsers without downloading special software. I've done a lot of testing, and have been able to run the labs in my course this semester with 560 students. I am sharing some of these labs here.

If you are an instructor and are interested in building some of these virtual labs into your course, please reach out to me. I do have self-contained virtual labs that I deploy on Canvas for my own students, which may be a better option for some courses than external links to my lab website. I also have some virtual labs that I am not releasing yet to the public. If these would be useful for your courses, I would love to hear from you.

My laboratory is sharing these low-resolution virtual laboratories exclusively for educational purposes. These virtual labs are available under a Creative Commons-Attribution-Noncommercial (CC-BY-NC) license. The construction of the virtual labs requires a low poly-count 3D representation of skeletal material that is not useful for printing, research, or commercial reproduction. My commitment with all educational materials is for them to work well on a phone, bringing them into reach for students worldwide outside of university settings. My lab's work with these materials is made possible by the scientific collaboration of many institutions around the world. The sources for anatomical models and data are listed in each virtual lab. In addition, I have linked sources for high-resolution 3D data and anatomical models where they exist for each specimen. 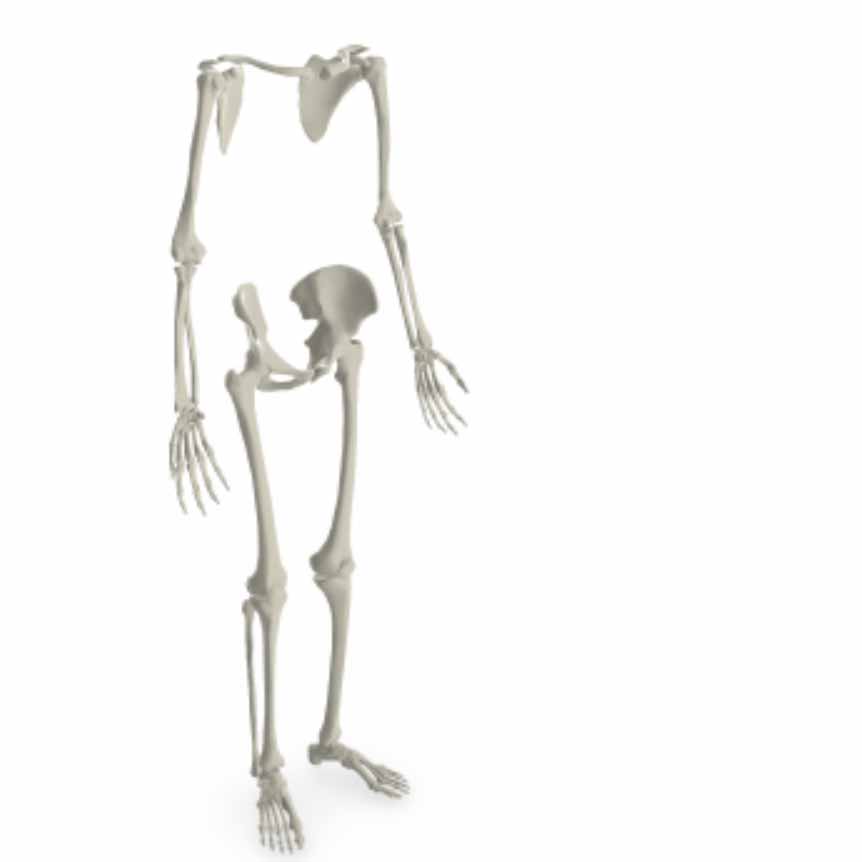 Regions of the skeleton 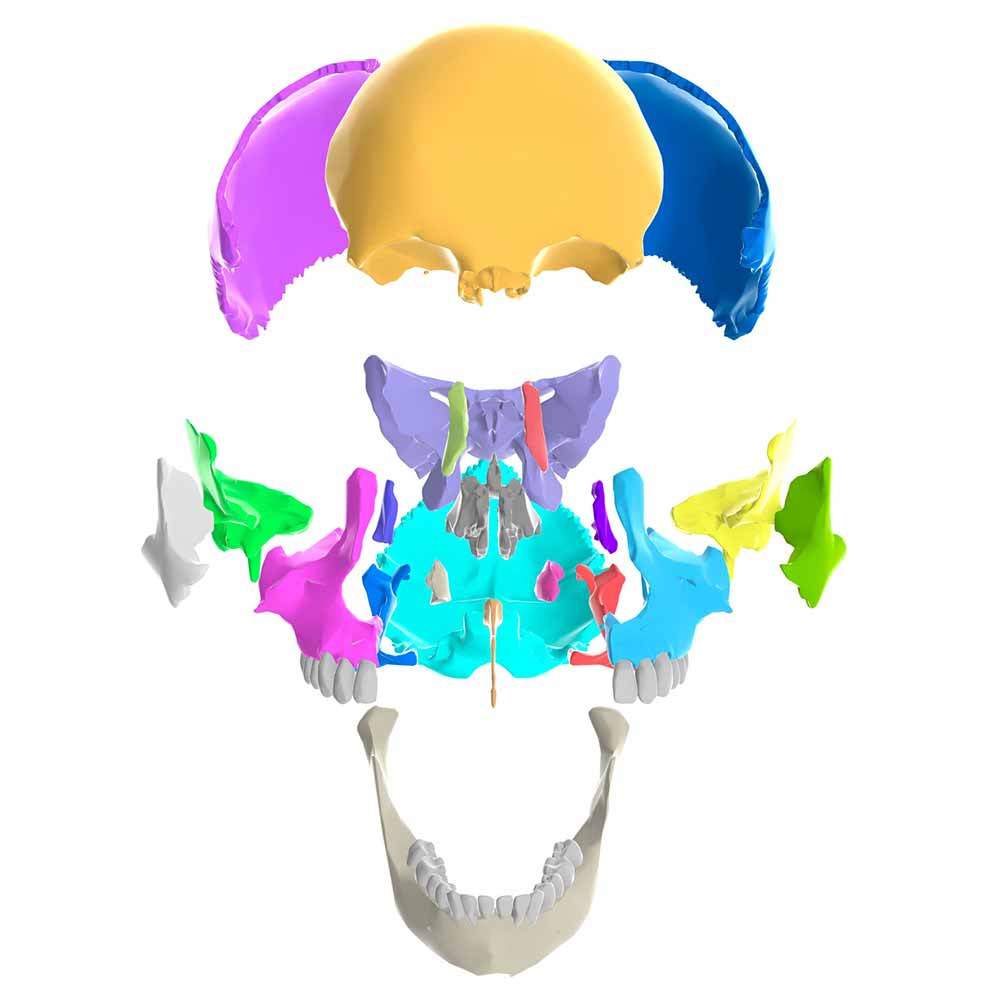 Regions of the cranium

Delineating the cranial vault, face, and mandible, with individual bones labeled and colored. 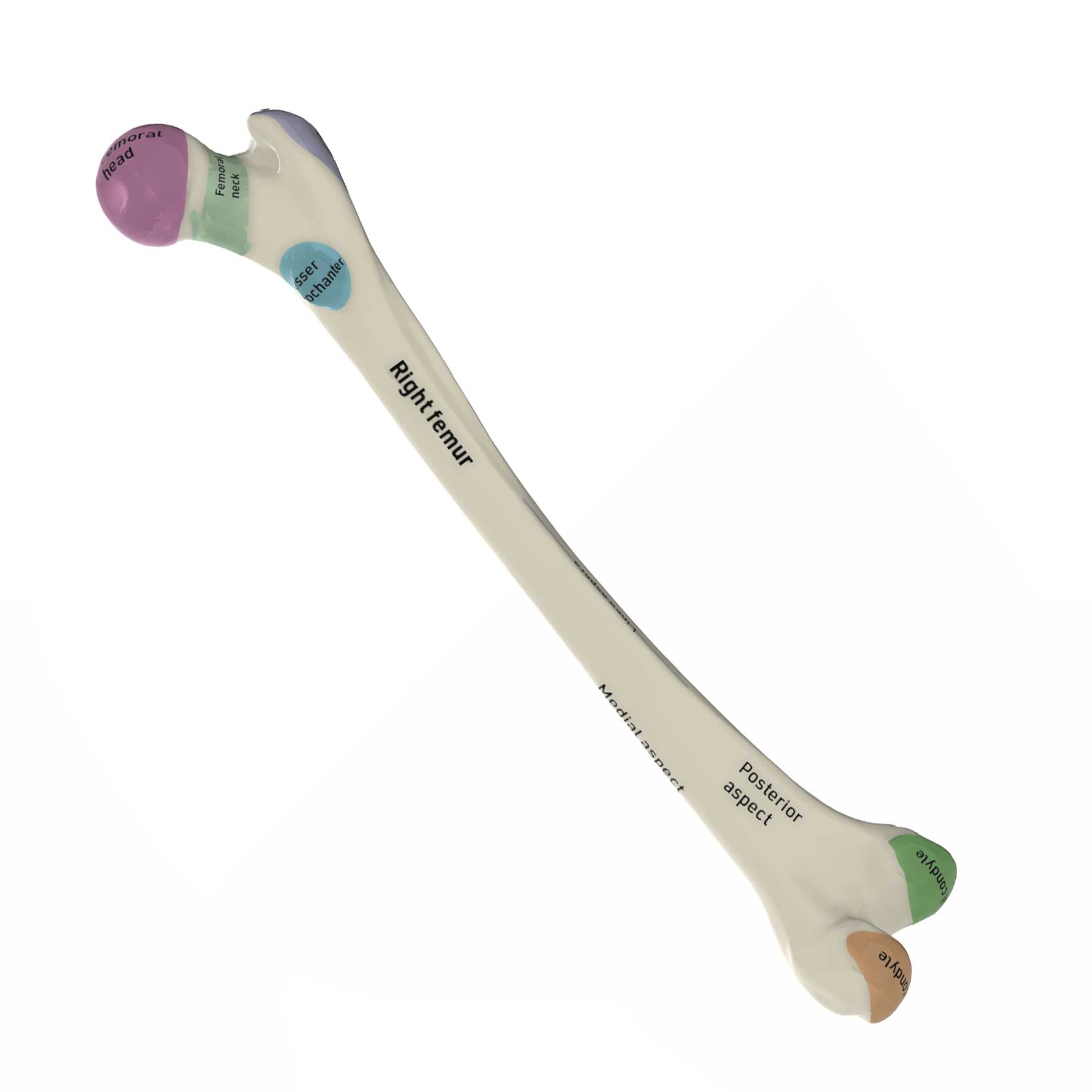 Morphology of the femur

Illustrating features of the femur in humans with labels. 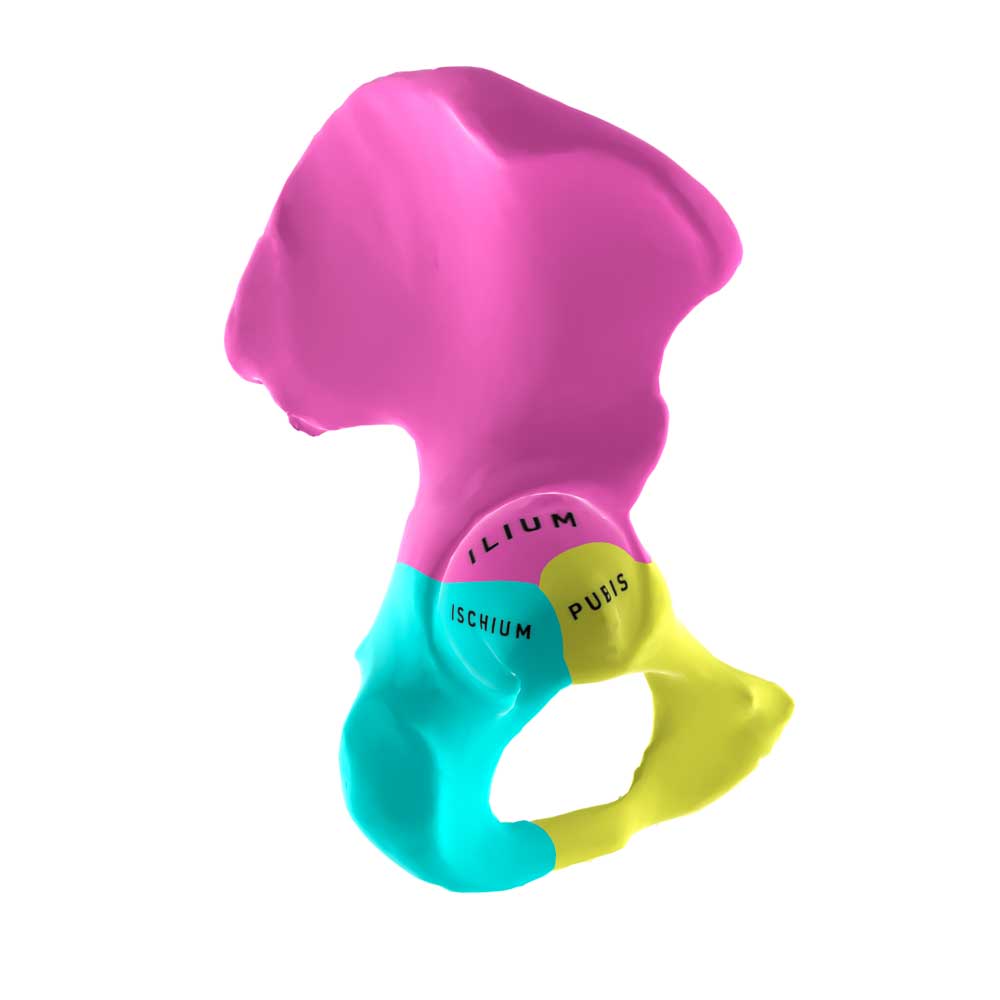 Morphology of the pelvis

A tour of the ilium, ischium, pubis, and sacrum. 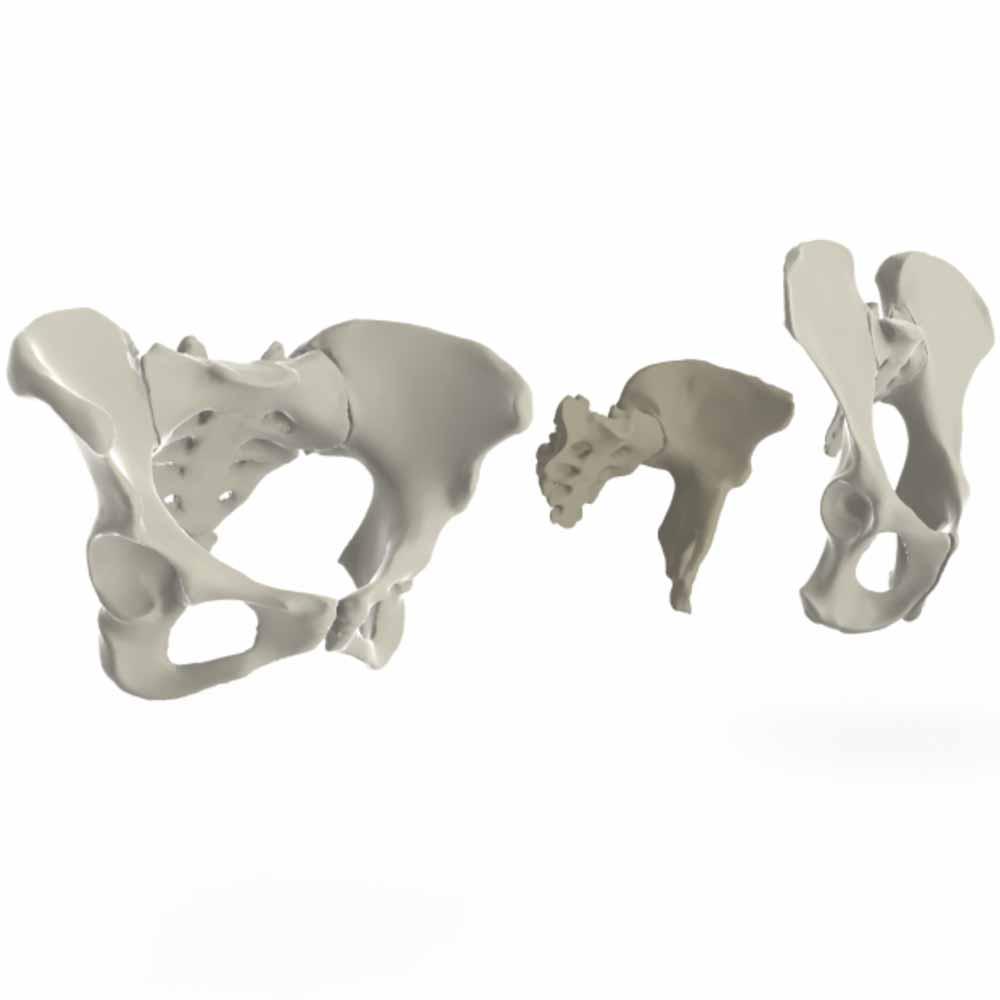 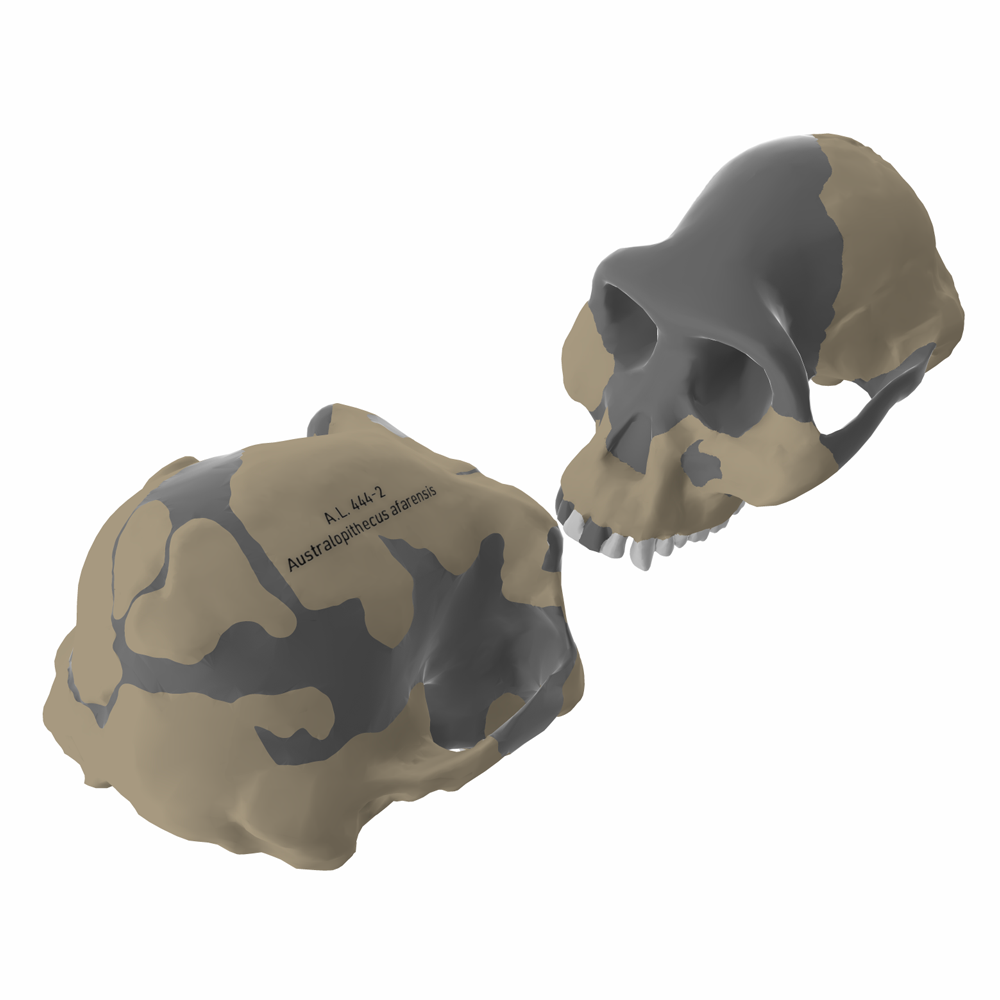 The composite reconstruction from the AL 333 site, together with AL 444-2. 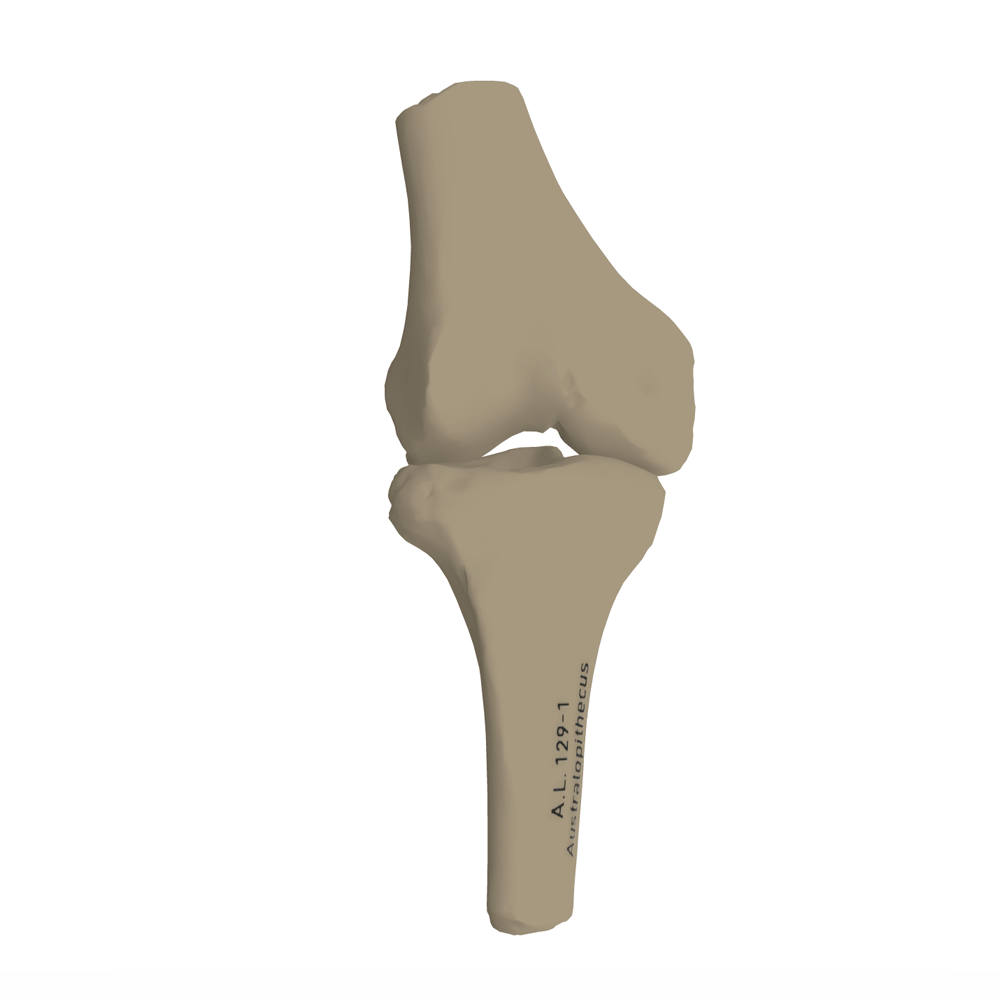 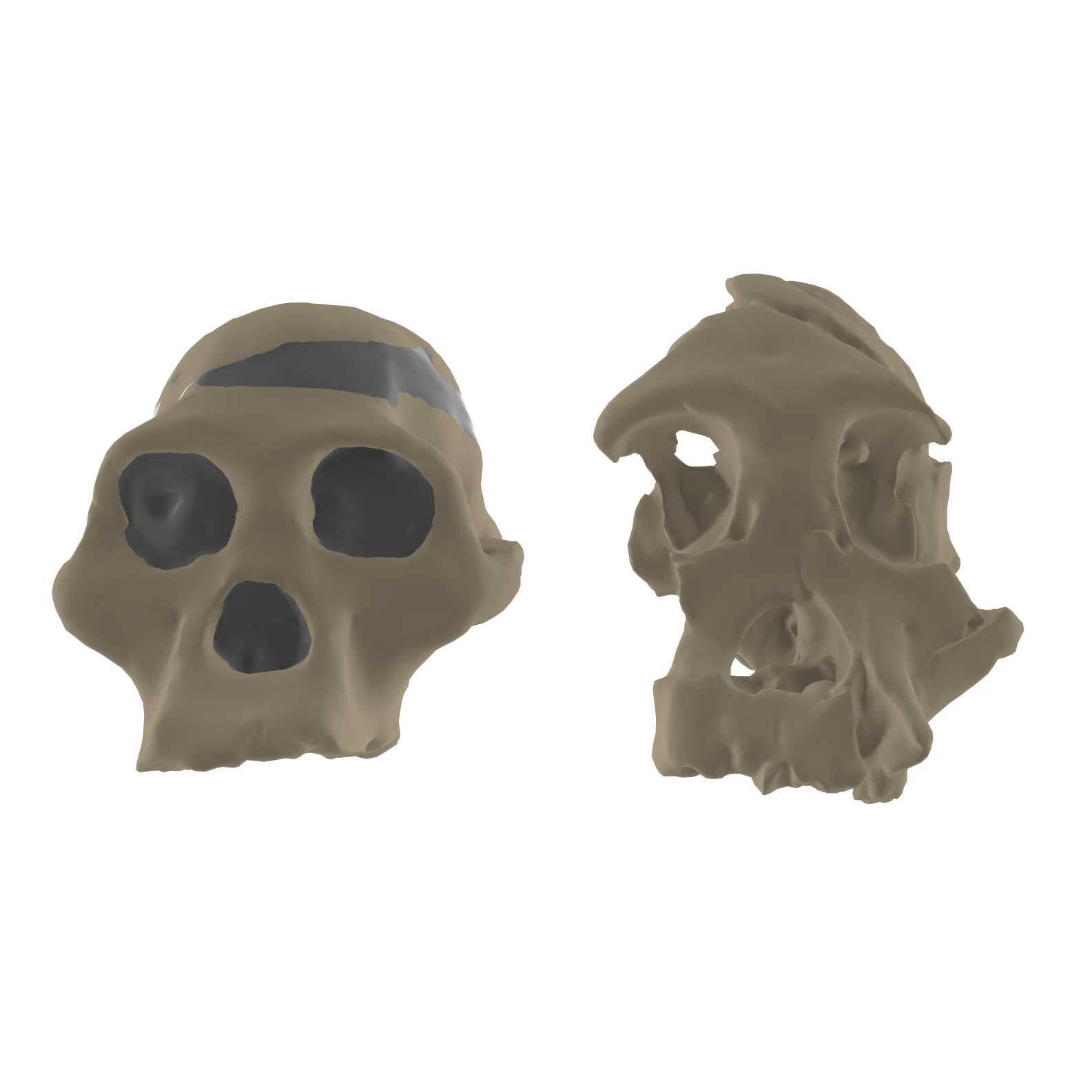 A look at the iconic Sts 5 skull, with two other Sterkfontein cranial fossils. 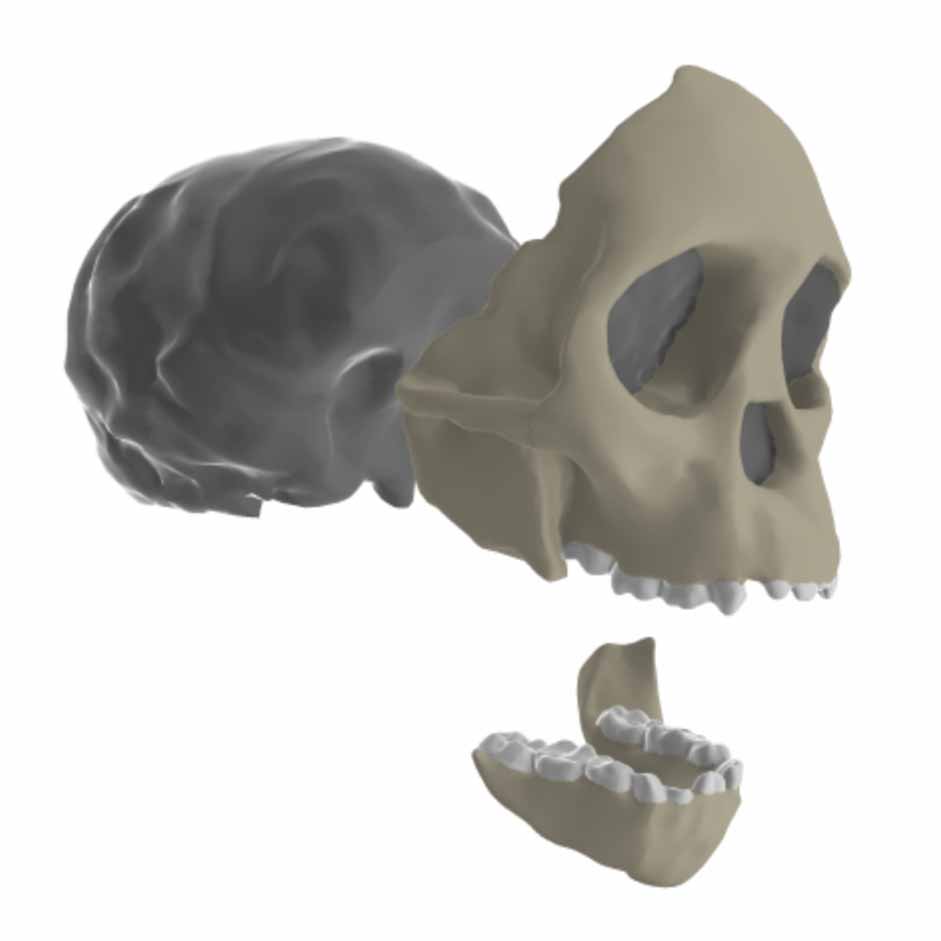 Introducing the first discovery of Australopithecus africanus in comparison to juvenile human and chimpanzee crania. 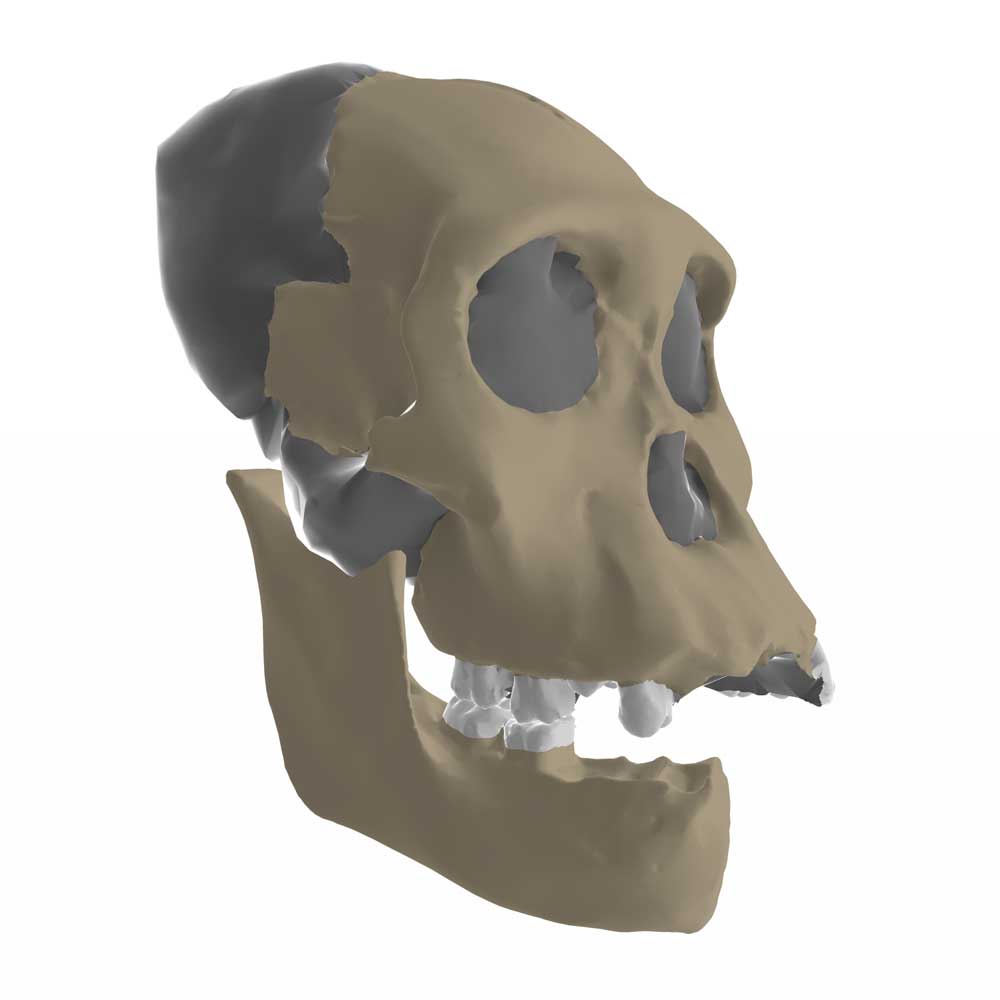 A comparison of the MH1 juvenile cranium with D2700 from Dmanisi and Sts 5. 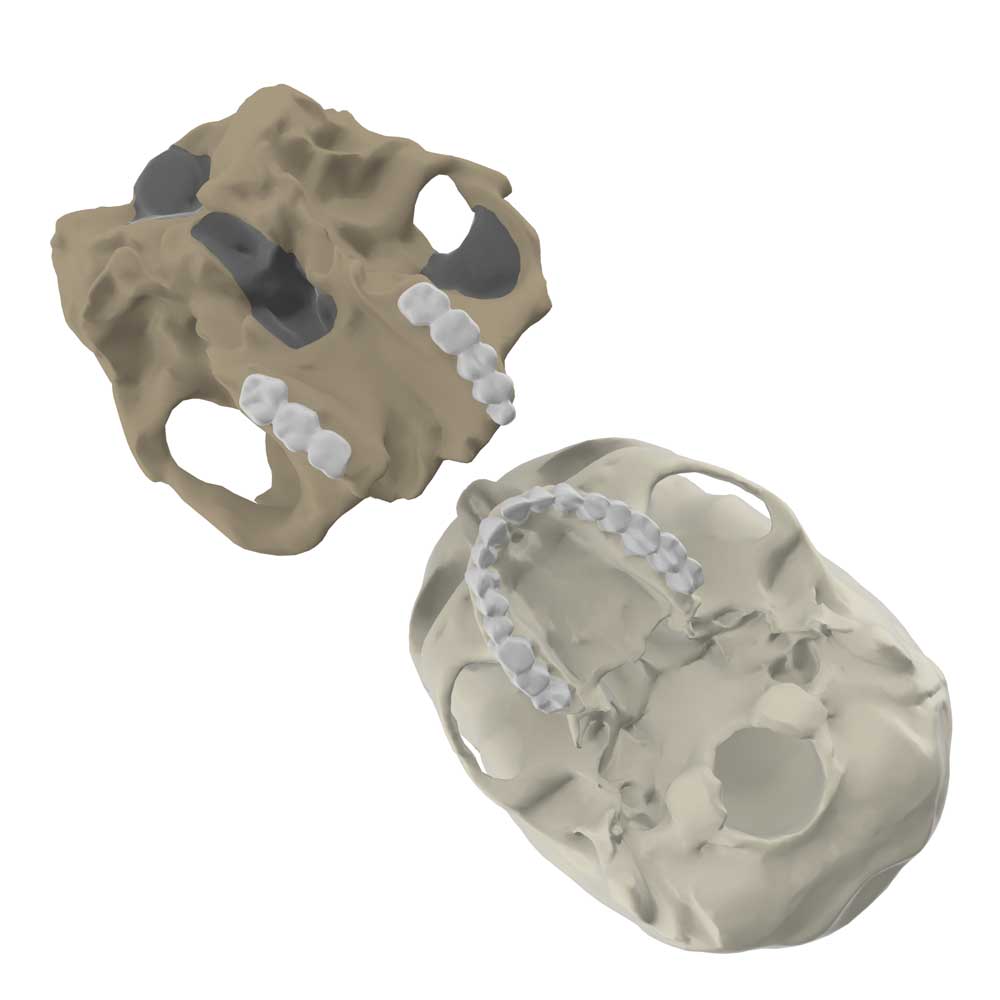 TM 1517 from Kromdraai and SK 48 from Swartkrans, compared to Sts 5 and a modern human. 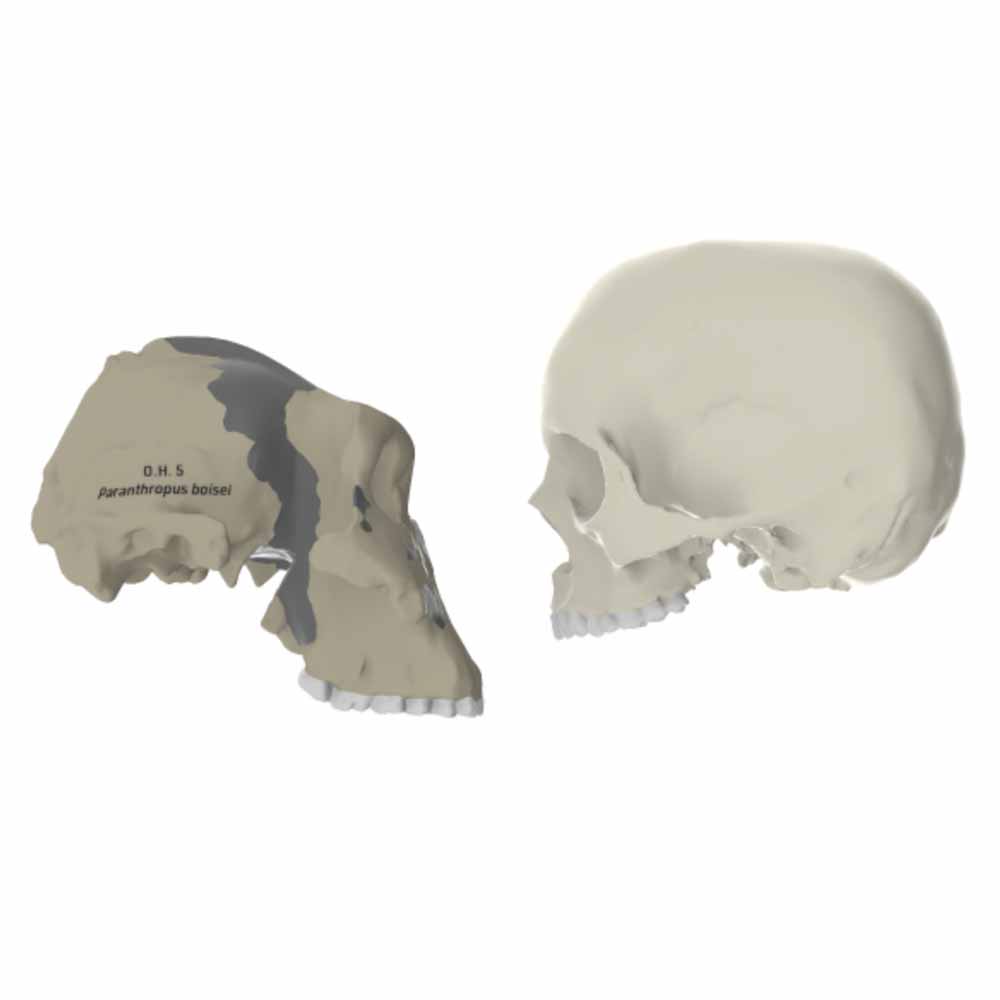 The iconic skull from Olduvai Gorge compared with a modern human and Sts 5. 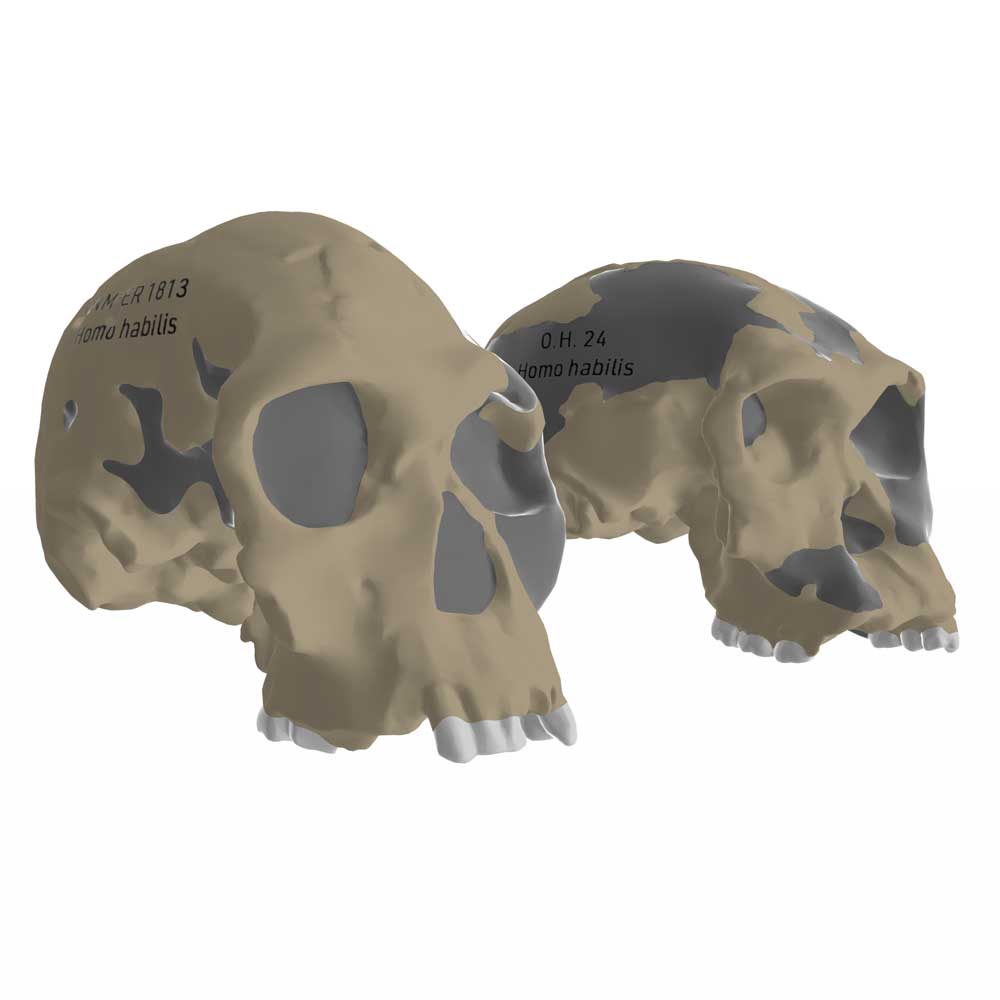 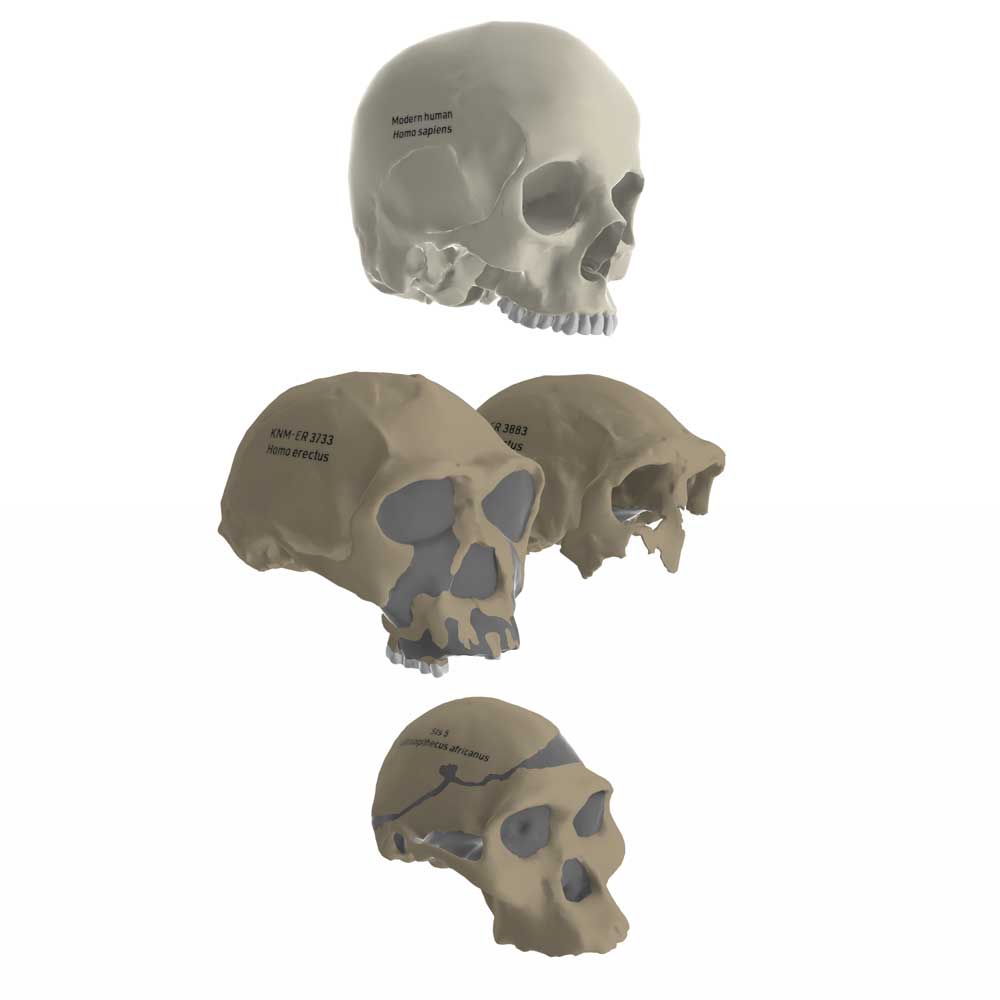 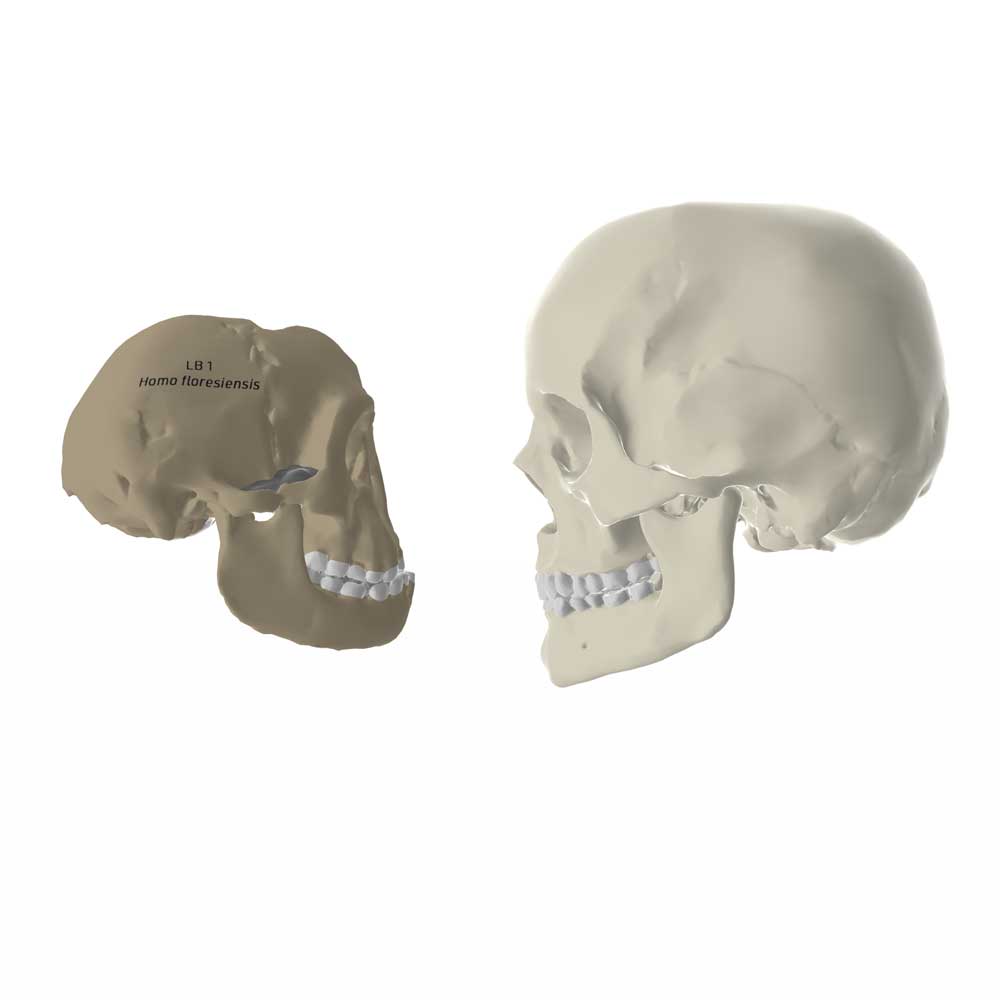 A look at the skull of the LB1 skeleton, compared to modern human and Homo erectus skulls. 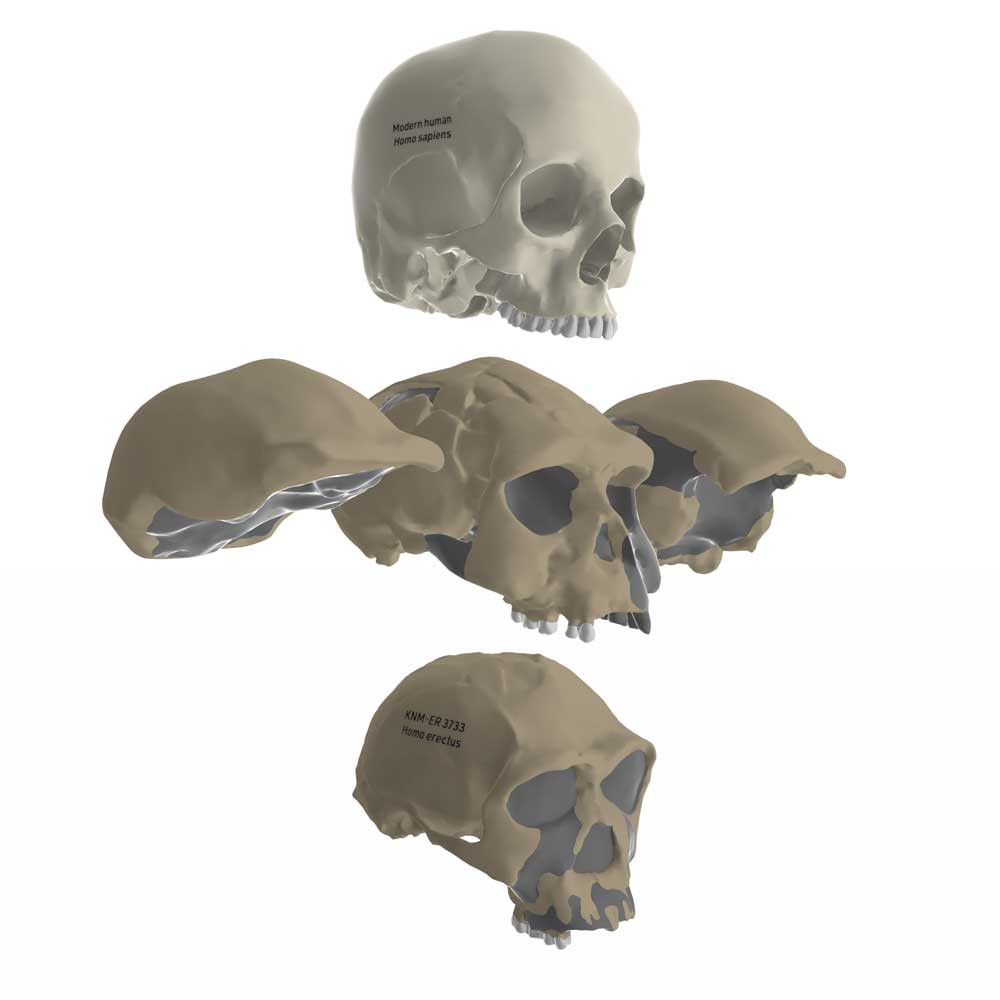 Cranial remains from Trinil, Sangiran, and Ngandong in comparison to modern human and African H. erectus. 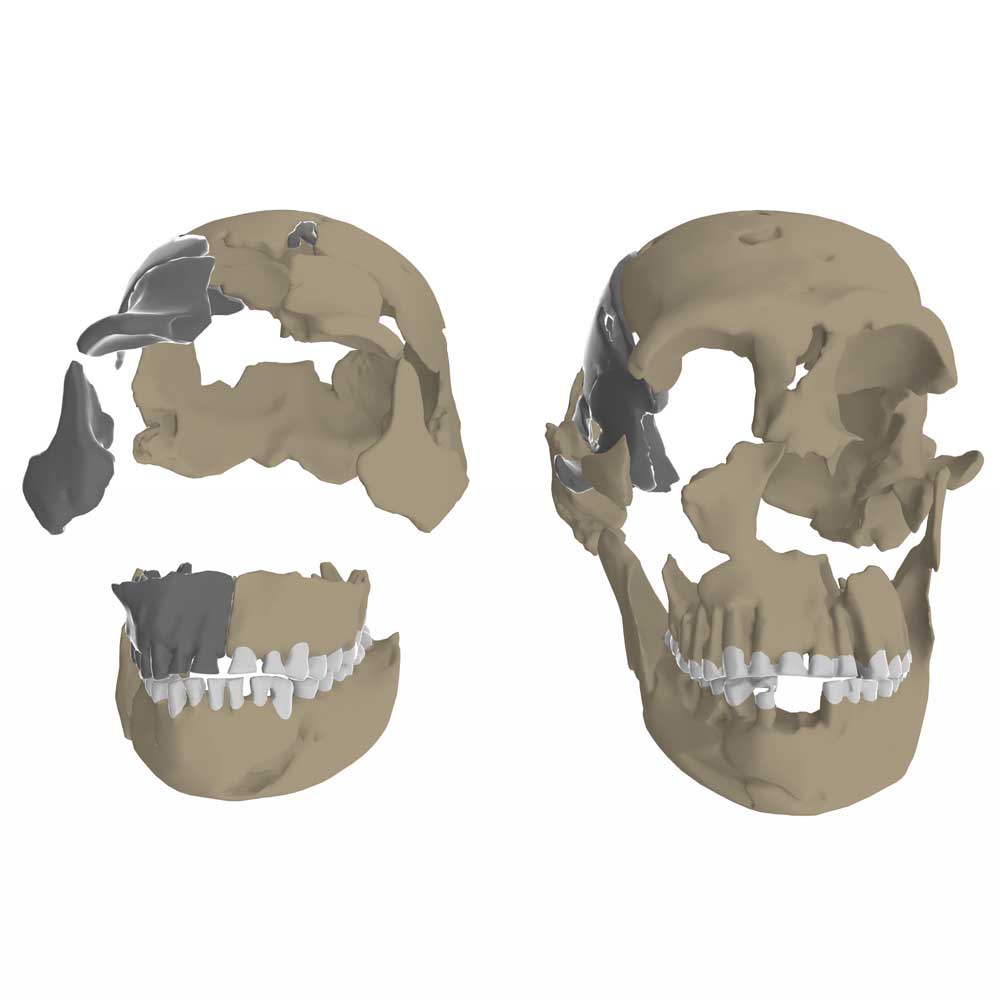 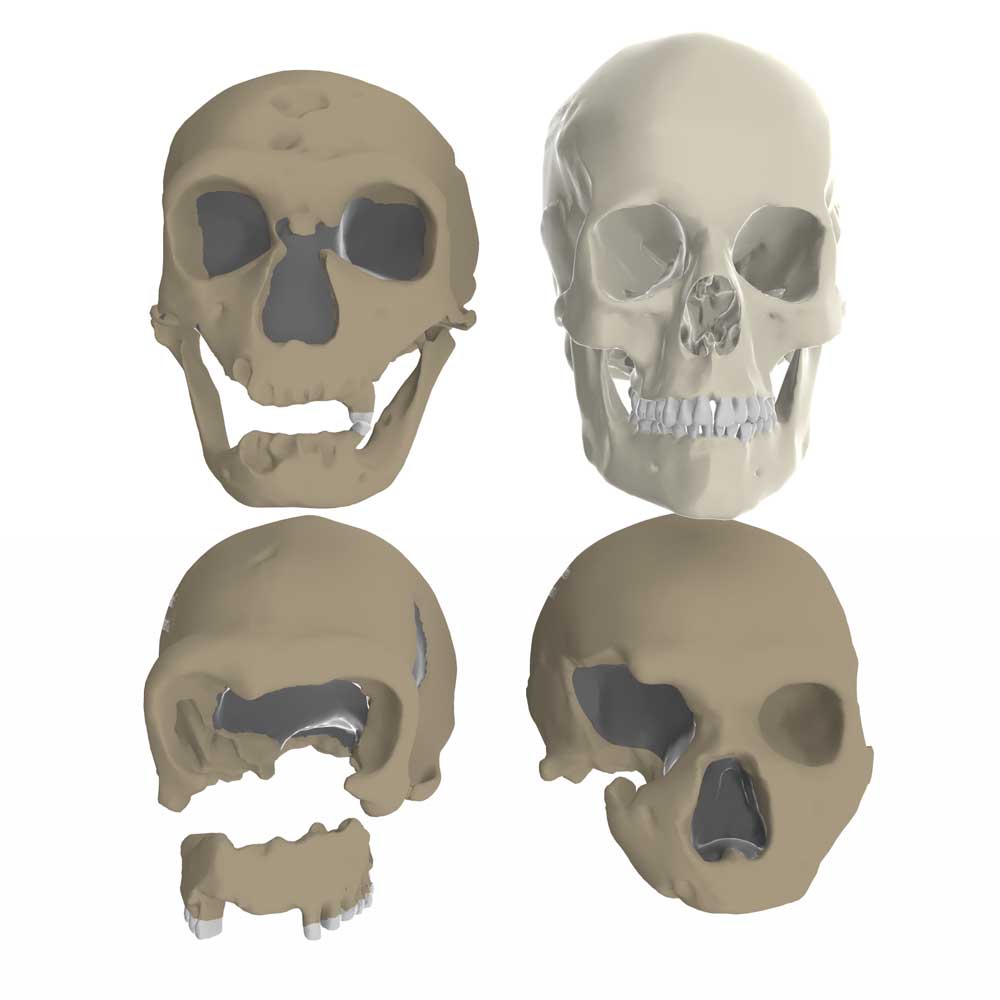